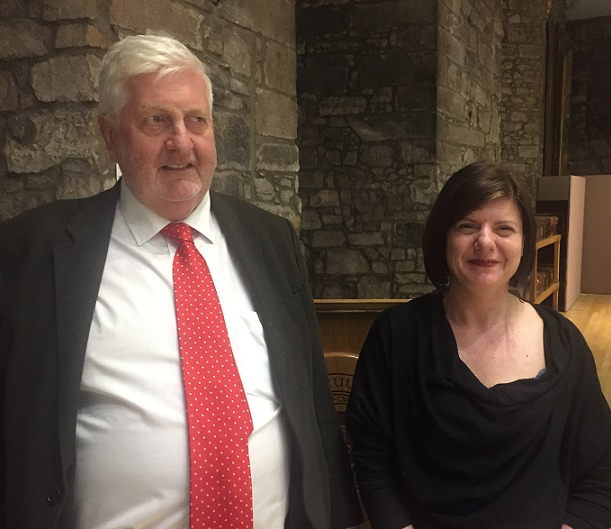 Four insightful submissions were made by expert speakers as they debated a motion that complainers should have their own lawyer in court.

One contribution from the floor hailed the discussion as "fascinating", and the Dean of Faculty, Gordon Jackson, QC, said it had been a pleasure to host the event and to work with Rape Crisis Scotland in arranging it.

"This is a very important issue, and to hear and explore different points of view is always very worthwhile," added Mr Jackson.

"Sometimes events like this generate more heat than light, but that was certainly not the case here."

Sandy Brindley, of Rape Crisis Scotland, commented: "It was great to see so much interest in this debate and the range of people who attended. We enjoyed a constructive discussion about possible ways forward in the prosecution of rape and sexual offences."

The motion was: "This house believes that prosecution in the public interest cannot deliver justice to rape complainers unless they have independent representation."

Speaking in favour were Simon Di Rollo, QC, and Professor Peter Duff, of Aberdeen University Law School, who said the independent prosecutor acting in the public interest could not look after the interests of the complainer when those respective interests sometimes were in conflict. Complainers needed someone to support them, who was able to explain and take them through the intricate legal process, not just hold their hand.

Most other jurisdictions in the civilised world required independent representation, it was said. Few countries made no provision but that was essentially where Scotland was at the moment.

Murdo Macleod, QC, and Clare Connelly, Advocate, presented views against the motion. They argued that the criminal justice system was evolving rapidly in a number of ways to ease the experience of complainers, and time was needed to consider how those steps had bedded in.

It was often highlighted that the conviction rate was higher in rape cases in England, but the reason could have nothing to do with independent representation because there were no complainers' lawyers there either.

Another point made against the motion was the cost, bearing in mind that the legal aid budget was already stretched.

Having heard both sides, the audience was asked to decide, and by a sizeable majority, it voted in favour of the motion.