During his life Sir Walter Scott was to be a prolific collector of books and manuscripts.  His library at Abbotsford reflects the many varied interests of Scott. As you would expect from a historical novelist and poet his library contains many books on such topics as history, literature, philosophy, geography, science and languages.

However Scott had interests which might have appeared unusual to other well educated members of the ‘literati’ of his day. These interests included popular folk culture, popular superstitions, magic, demonology, ghosts, witches, fairy tales, folk songs and ballads. His library contains over 2,000 cheaply printed 'chapbooks' whose contents span everything from religion tracts, marriage, the Napoleonic Wars, topical ballads and songs, supernatural events, and murders. The library also contains scrapbooks in which Scott kept a collection of folk songs and ballads which he had cut out of newspapers. 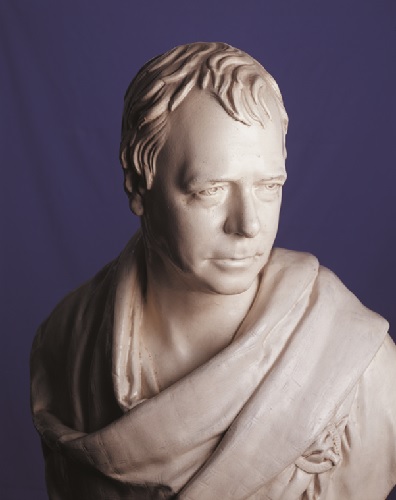 Why would Scott have collected material such as this? Scott’s interest in these topics lay in an intellectual tradition where the divide between high art culture and popular culture was less clear than in other countries. Thanks to the religious reformation of the late sixteenth century, the removal of the Scottish royal family to London in 1603 and the civil wars of the 17th century, Scotland’s tradition of high art culture became extremely weak. Popular or folk culture by contrast was to thrive in this void.

When high art culture began to revive in the 18th century, Scotland found itself cut off from the courtly renaissance culture of 16th century Scotland. Writers, artists and musicians instead turned to Scotland’s folk traditions for inspiration, often attempting to ‘elevate’ this folk culture by introducing forms and sentiments more commonly associated with high art culture. Alan Ramsay, Robert Fergusson, James Boswell, James ‘Ossian’ Macpherson, Robert Burns and many others helped create a tradition where artists created a synthesis of elements of both high art and popular culture in their works. Scott therefore was following in a Scottish tradition which saw no reason why the popular culture of the common people could not be used in ‘serious’ works of art. His poetry and novels consequently display a profound knowledge of Scottish folk culture.

This fusion of high art and popular culture was further stimulated by the loss of Scotland’s parliament in 1707. Now that Scotland had lost its independence, a ‘national’ culture drawing on Scottish folk traditions could be invented to maintain a unique sense of national identity to counter-act the threat of Anglicisation. Thus the once despised culture of the Gaelic Highlanders found itself gradually transformed in the 18th century into a symbol of Scottish patriotism by the Scottish literati. Scott, although a Tory unionist, saw himself as a defender of Scotland’s past traditions threatened by the creeping Anglicisation of the reforming liberal ‘Whigs’.

The shepherds ... and aged persons in the recesses of the Border mountains, frequently remember and repeat warlike songs of their fathers. (Sir Walter Scott' s Minstrelsy (1802 edition), p. ci)

The 18th century Scottish artists’ use of popular culture was not just a result of nationalist ‘parochialism’ as claimed by some cultural commentators. As the 18th century developed, artists in Europe became increasingly dissatisfied with the conventions of classical art based on the precedent of ancient Greece and Rome. Artists, particularly in central and Eastern Europe, where a new spirit of romantic nationalism was developing, also began to develop an interest in using popular ‘volk’ culture to revive the arts. Scottish culture was thus to be highly respected and influential in this part of Europe by the late 18th century.

Scott’s library at Abbotsford therefore reflects the conflicting intellectual and cultural tensions of his day. While Scott personally was a man of the age of reason he was enough of an artist to realise that the forces of irrationalism were never far from the surface of human civilisation. Many of his greatest historical novels deal with the struggle between irrational ideologies in conflict with the forces of moderate enlightened progress. For Scott, the French Revolution (1789-1799) showed that this conflict still continued in his own lifetime. In order to understand the forces of unreason he needed to be able to access printed material which displayed the human propensity towards irrationality.

However Scott’s patriotism also drew him in some respects towards the counter-enlightenment. Scotland’s particular culture and institutions had to be defended from its more powerful partner in the Union. The 'rational’ centralisation of power of the British state by England, would he believed, pose a threat to Scotland’s distinctive national identity, and lead to a possible revival of ancient hostilities between the two countries. Scott’s library therefore partly served the purpose as a patriotic depository celebrating Scotland’s diversity and distinctiveness, in an age when the enlightenment dogma of rational progress posed a threat to the nation’s existence.

If you would like further information on the origins and development of the Scott's Minstrelsy you can read a longer essay, also written by the Advocates Library's Alistair Johnson, here. 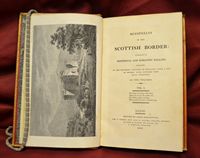 Click on the image for an exhibition of ballads from Sir Walter Scott's collection at Abbotsford.