A new editor and deputy editor of Session Cases have been appointed in the wake of the installation of Lord Ericht as a Senator of the College of Justice. Children could be spared confusion and possible upset by a simple change to new forms for family actions, the Faculty has suggested.

Plans to plug a gap in provisions on cross-border powers of arrest have been backed by the Faculty.

Going funky at the Mackenzie!

The Faculty’s Mackenzie Building will be swinging this weekend as it hosts an upbeat soul and gospel concert by Edinburgh’s Phoenix Choir. 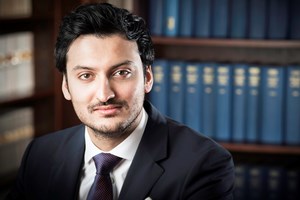 The first Eid lunch for Scottish lawyers was held in Glasgow on Saturday (6 August).

The Faculty and the Scottish Law Commission have worked together to produce a detailed study of the Commission and its law reform work.

A study of Sir Walter Scott’s The Minstrelsy of the Scottish Border has been written by Alistair Johnson of the Advocates’ Library and published on the Faculty’s website.