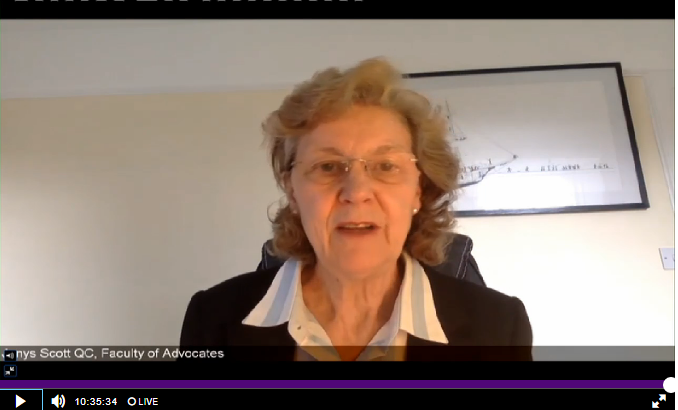 GIVING teeth to a Bill to incorporate the United Nations Convention on the Rights of the Child (UNCRC) will require a lot of work and money, one of Scotland’s leading experts in family law has suggested.

Janys Scott, QC, also told MSPs that it would be a “great disappointment” if a time-table were not set to bring the proposed legislation into force.

Giving evidence for the Faculty to the Scottish Parliament’s Equalities and Human Rights Committee, Ms Scott said the UNCRC covered a huge number of areas.

“…which is why the Faculty has said, ‘Hang on a minute, have you actually costed this out?’ We are not wanting to discourage you, children’s rights are important, but if this Bill is going to have teeth, there is a lot of work to be done and quite a lot of money to be spent, sorry.”

An issue raised by the Committee was the fact that the Bill has no commencement date.

Ms Scott said: “If you can imagine sitting down with a child and giving advice that says, ‘Well, of course you have rights in terms of the UNCRC and it would be just lovely to be able to ask a court to force a local authority to do what the UNCRC says, but really sorry, it has not happened yet and I do not know when it is going to happen.’

Mr Scott accepted that there needed to be a “realistic time-table” as a lot of preparation was required.

“But I think it would be a great disappointment not to set that time-table,” she added.

The full evidence session can be viewed here

A written submission by the Faculty is here