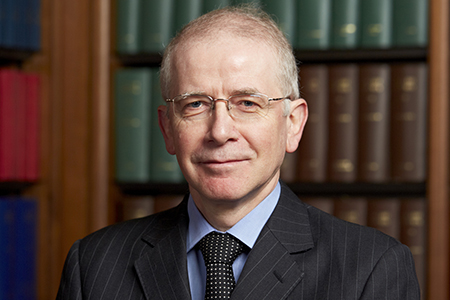 THE installation of Lord Reed as President of the UK Supreme Court is a source of pride for Scotland and its legal profession, says the Dean of Faculty, Gordon Jackson, QC.

Lord Reed was sworn in at a ceremony in London, where he was “especially pleased to see here so many of my former colleagues from the Scottish Bench and Bar”.

He has been awarded a peerage with his appointment, and becomes Lord Reed of Allermuir.

Mr Jackson said: “While the Faculty of Advocates is immensely proud that one of our own has attained the most senior judicial position in the UK, Lord Reed’s appointment is an honour which can be celebrated by the entire Scottish legal profession and the country.

“Back in 1983, when Robert Reed joined the Scottish Bar, he stood out as a very special legal talent, and only someone of such ability could have achieved the career he has enjoyed. Following Baroness Hale is a daunting task, but we are confident Lord Reed will prove to be the perfect fit.

“The Faculty was pleased to welcome Lord Reed and his colleagues when the Supreme Court sat in Edinburgh a couple of years back, and we would very much hope that he will be able to return ‘home’ as President of the Court.”

The ceremony can be viewed at https://www.youtube.com/watch?v=IsgQl7m8sH8