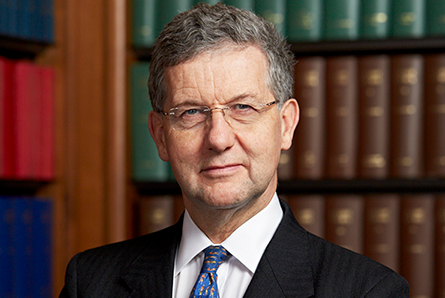 THE new Deputy President of the UK Supreme Court is Lord Hodge, giving the court a Scottish top two.

Lord Hodge succeeds Lord Reed, who moved from Deputy President to President a fortnight ago.

Patrick Hodge was admitted to the Faculty in 1983 and appointed a Queen’s Counsel in 1996. He was elevated to the Bench in 2005, and became a Justice of the Supreme Court in 2013.

He said:  "It has been a great privilege to have served on the Supreme Court since 2013 and it is a great privilege to have been chosen to follow Lord Reed as Deputy President of the Court. I feel honoured to have this opportunity and look forward to continuing to work with my colleagues from each of the jurisdictions of the United Kingdom in upholding the rule of law."

Gordon Jackson, QC, Dean of Faculty, said: "What a wonderful tribute this is to the Scottish legal profession, that we have people of such calibre that they can attain the highest judicial offices in the UK. I have no doubt that the Supreme Court will go from strength to strength with Lord Reed and Lord Hodge at the helm. Both are exceptional lawyers and the Faculty is very proud of their achievements.”

The announcement is here