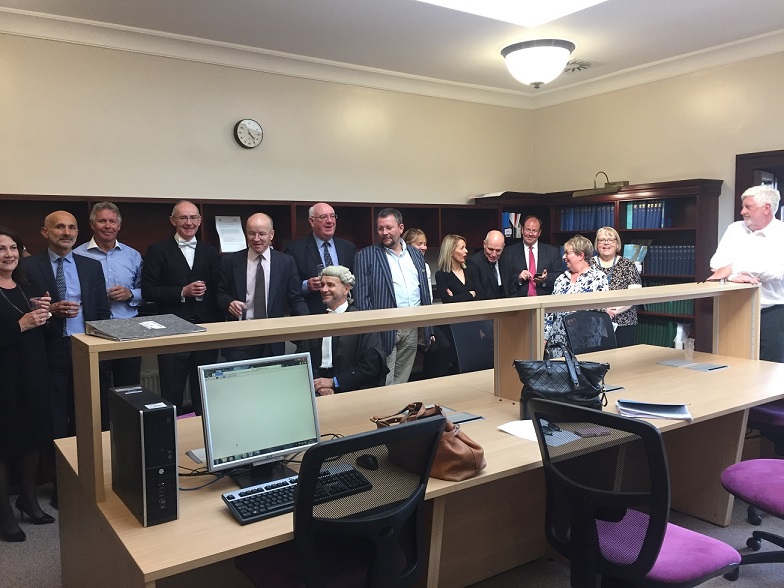 The opening of the refurbished library

AN official opening of the refurbished Faculty library at the High Court in Glasgow has helped to give the west-coast criminal Bar "the best facilities for many a long day."

The Dean of Faculty, Gordon Jackson, QC, said the library project was the third leg of improvements to benefit those practising in the Saltmarket court.

First, the Scottish Courts and Tribunals Service had provided a new gown room, and then the Faculty had opened its suite of consultation rooms across the street in Jocelyn Square.

"Now, we have the changes to the library, and it's an excellent facility. I have to say, I don't think we have done terribly badly. The criminal Bar in Glasgow is in a better position and has the best facilities for many a long day," said Mr Jackson.

"Andrea was the driving force behind the modernisation we see here. We are keen to provide a good service for members in Glasgow and a lot of hard work has gone into these improvements," he said.

Claire Mitchell, President of the Scottish Criminal Bar Association, said: "It's fantastic! The facilities are above and beyond what members had expected. We have already seen an increase in the number of people coming in to use the library as a resource, rather than, for example, working from home."