At least £20,000 raised for charity at Tumbling Lassie events

The Tumbling Lassie Operetta was a great hit... 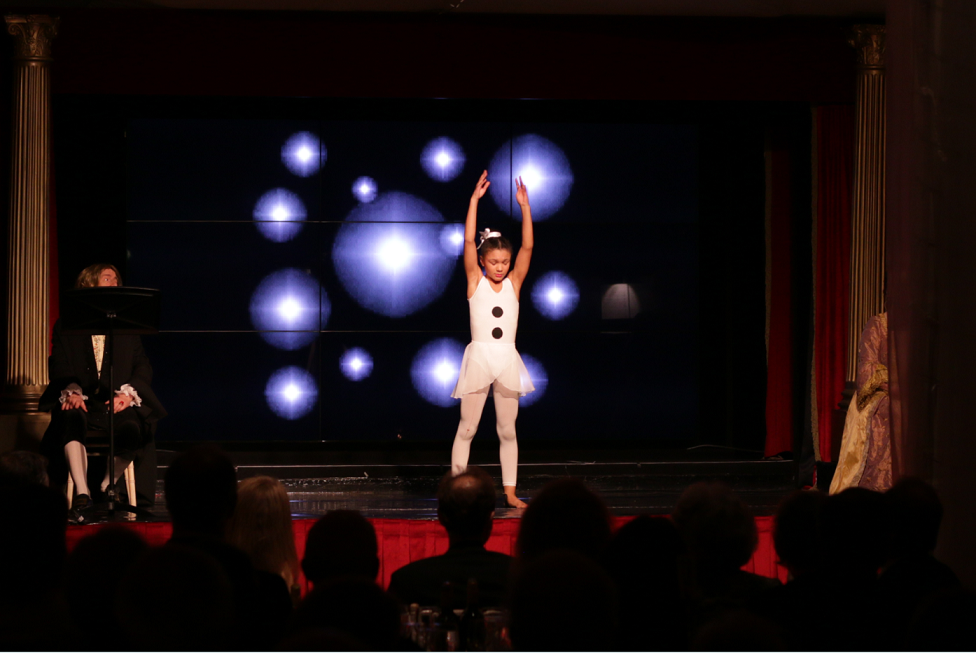 ...and featured Jasmine Parris as the Tumbling Lassie

The figure was reported as an MP cited the work of the Committee in seeking a change in the law to assist adult victims of modern slavery in England and Wales.

There was also a Tumbling Lassie Seminar at which experts in the field discussed ways of disrupting trafficking.

This year, a new record has been set.

The Committee, of seven members of Faculty, said: “We are truly overwhelmed and humbled by the response we have had to the Tumbling Lassie events this year. The Seminar was very well attended and our speakers gave us many highly practical insights into the fight to disrupt those who still seek to traffic and enslave, both in Scotland and abroad.

“With the added profile given by the world premiere of the wonderful Tumbling Lassie Operetta written by Alexander McCall Smith and Tom Cunningham, and the generous support of Prestonfield House and many other kind donors and sponsors, the Ball was by far and away the most successful we have held -  an evening that will live long in the memories of all who were there.

“We are delighted to announce that at least £20,000 has been raised for our charities, International Justice Mission and TARA."

Joanna Cherry, QC, MP for Edinburgh South West, highlighted the Tumbling Lassie events while calling on the UK Government to amend the Modern Slavery Act to bring it into line with the Human Trafficking and Exploitation (Scotland) Act.

She said the Scottish legislation provided victims of human trafficking with statutory support for 90 days to help their recovery, but there was no similar provision for victims in England and Wales.

Ms Cherry added: “This weekend I was pleased to be able to support the fundraising efforts of the Faculty of Advocates’ Tumbling Lassie Committee which commemorates the Scottish Judiciary’s rejection of slavery in the 17th Century and exists to raise awareness and funds for charities fighting against modern slavery and people trafficking and to help survivors in Scotland and beyond.

“The charities it supports include Community Safety Glasgow’s TARA service which provides advice and support to trafficked women who have been sexually exploited.

“Today, at Home Office questions, I called on the UK Government to amend the Modern Slavery Act so that adult victims of modern slavery in England and Wales have the same statutory rights as they have in Scotland under the Human Trafficking and Exploitation (Scotland) Act.”

Find out more about the Tumbling Lassie at www.tumblinglassie.com