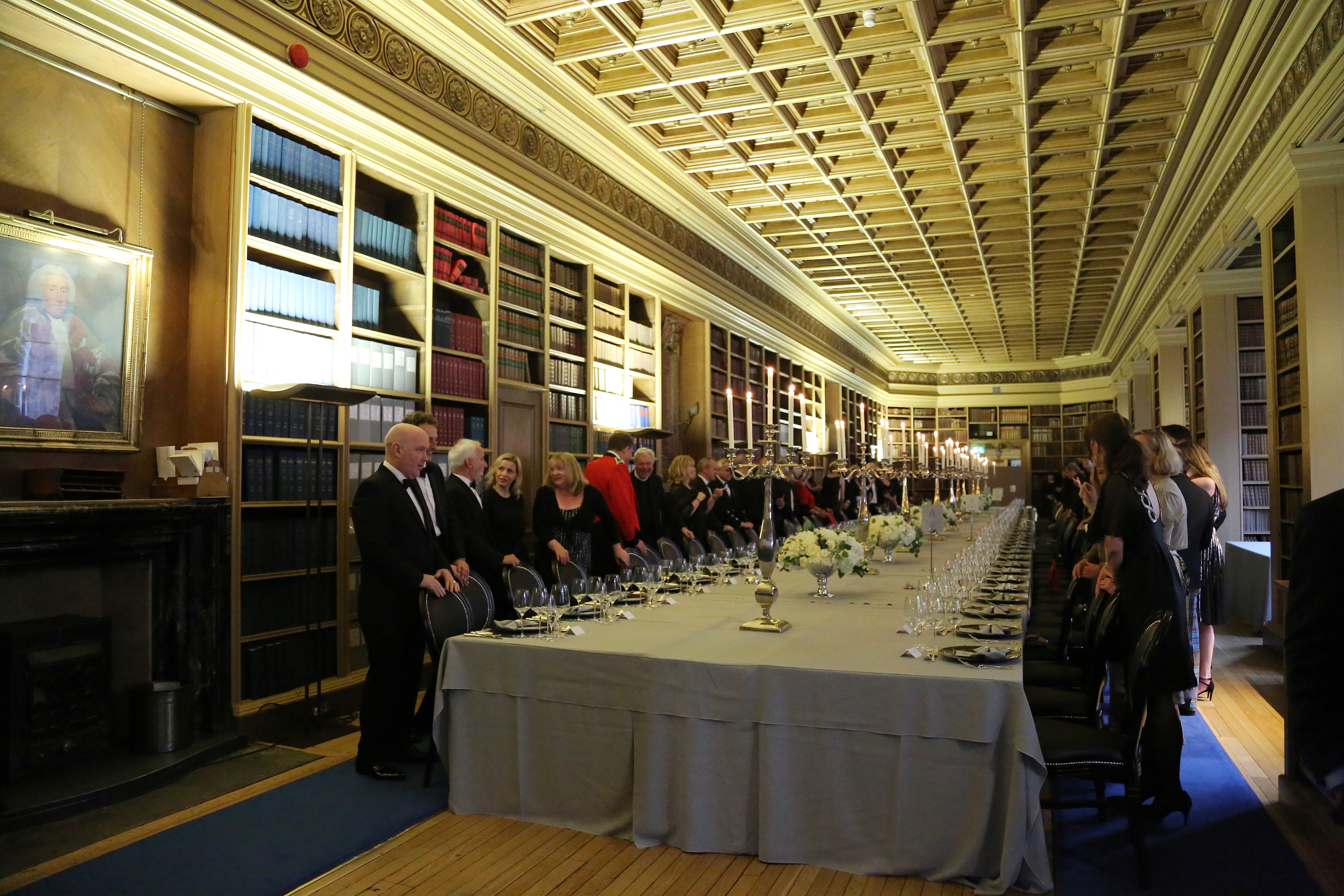 The Faculty was a proud host of the inaugural Dean’s Dinner, which brought together guests from across public life in a celebration of Scottish society.

The splendour of the William Playfair-designed main corridor of the Advocates Library provided a fitting setting for the event.

Gordon Jackson, QC, Dean of Faculty, recalled for more than 70 guests how the Faculty had always played a significant part in Scottish life. He cited as an example the establishment of the National Library after the Faculty had gifted to the nation 750,000 pieces from its own library. And he suspected that there had never been a parliament at Westminster or Holyrood without an advocate on its benches.

“We live in exciting times. Who knows what the future holds, but one thing is certain: whatever your own views, Scotland is and will remain a great nation, come what may, with a tremendous and diverse civic society, and we as a Faculty do not want to be on the margins of that but very much want to make a real contribution yet again to our nation’s life.

“We have brought together politicians, leaders of faith communities, representatives of the world of art and entertainment, academics, medical societies, our uniformed services, businesses, charities and sport. As I said, these are exciting times, but hopefully need not be so divisive. We hope that tonight, in a small way, emphasises that.”

Later, as he reflected on the evening, Mr Jackson added: “I think it was a great success and everybody was very appreciative of the whole idea of bringing together Scottish civic society.

“If the guests enjoyed themselves half as much as I did, then I’m delighted!”

Alex Arthur, the former boxing champion, was one guest who certainly was impressed.

“It was just an absolutely brilliant night all round,” he said.

“I had the best night, and I would love to be invited back next year! Tell everyone, thanks so much.”

Allan Watt, Director, The Prince's Trust Scotland, said the dinner had been a "very special event".

He added: "It was a privilege to meet so many exceptional people, all of whom showed great interest in the work of The Prince's Trust to help Scotland's young people.  Thank you for the opportunity to be part of this."